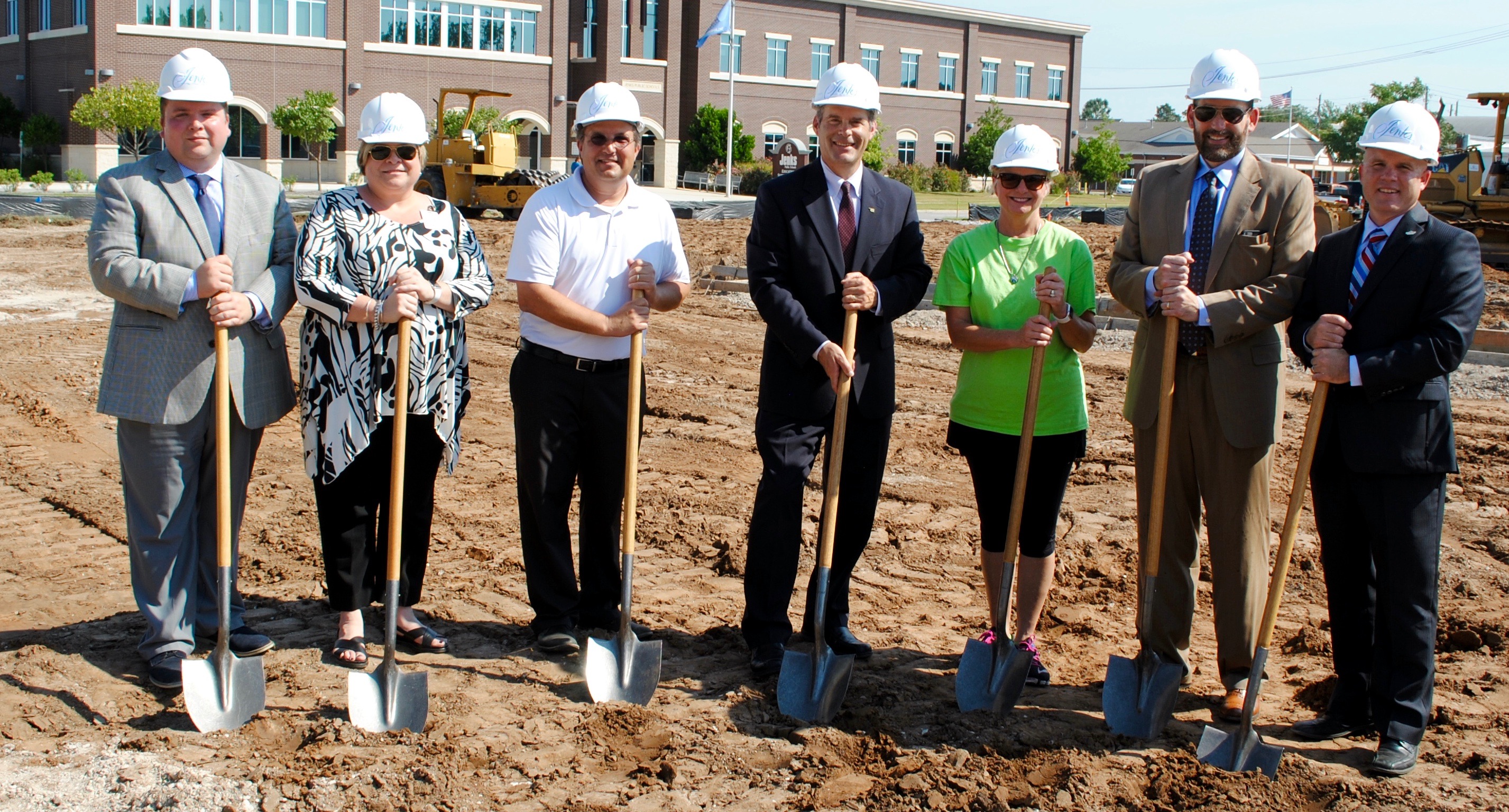 City leaders and school board members broke ground on Tuesday, September 20, for the development of the Jenks Downtown Commons. The ceremony took place at the construction site for the park, which is currently a parking lot owned by Jenks Public Schools, at 220 E. A Street.

The primary goal of the project is to provide public green space and a gathering place for Jenks residents, students and visitors at a location near downtown Jenks and Jenks High School. Additionally, the park and two recently completed parking lots will increase public parking downtown Jenks.

“Jenks City Council and Jenks Public Schools share a vision to connect the high school campus and downtown Jenks so students, parents, employees, Jenks citizens and visitors have easy access to education, culture, arts, music and athletic activities,” said Jenks’ Mayor Kelly Dunkerley. “This public park, along with other improvements to the downtown Jenks area such as the Hive arts building and planned alleyway improvements, enhance the connection between Jenks Public Schools and downtown Jenks.”

The park will feature a stage, green space, public restrooms, bike racks and additional parking. The project also includes upgrades to the alleyways including lighting, paving and landscaping.

Demolition construction began on September 6, 2016, and will be completed in early 2017. Construction of the Jenks Downtown Commons is being funded via Vision 2025 funds.

“Parks support public health, the economy, the environment, education and community cohesion,” said school board president Melissa Abdo. “All of Jenks and Jenks Public Schools will benefit from the addition of this park. We are thrilled to be a partner on this project and to have this type of space in our community.”

In November 2015, the Vision Authority approved the City of Jenks Downtown Park project, which consisted of the construction of:

Nominations open for annual awards, to be presented at 2023 Banquet