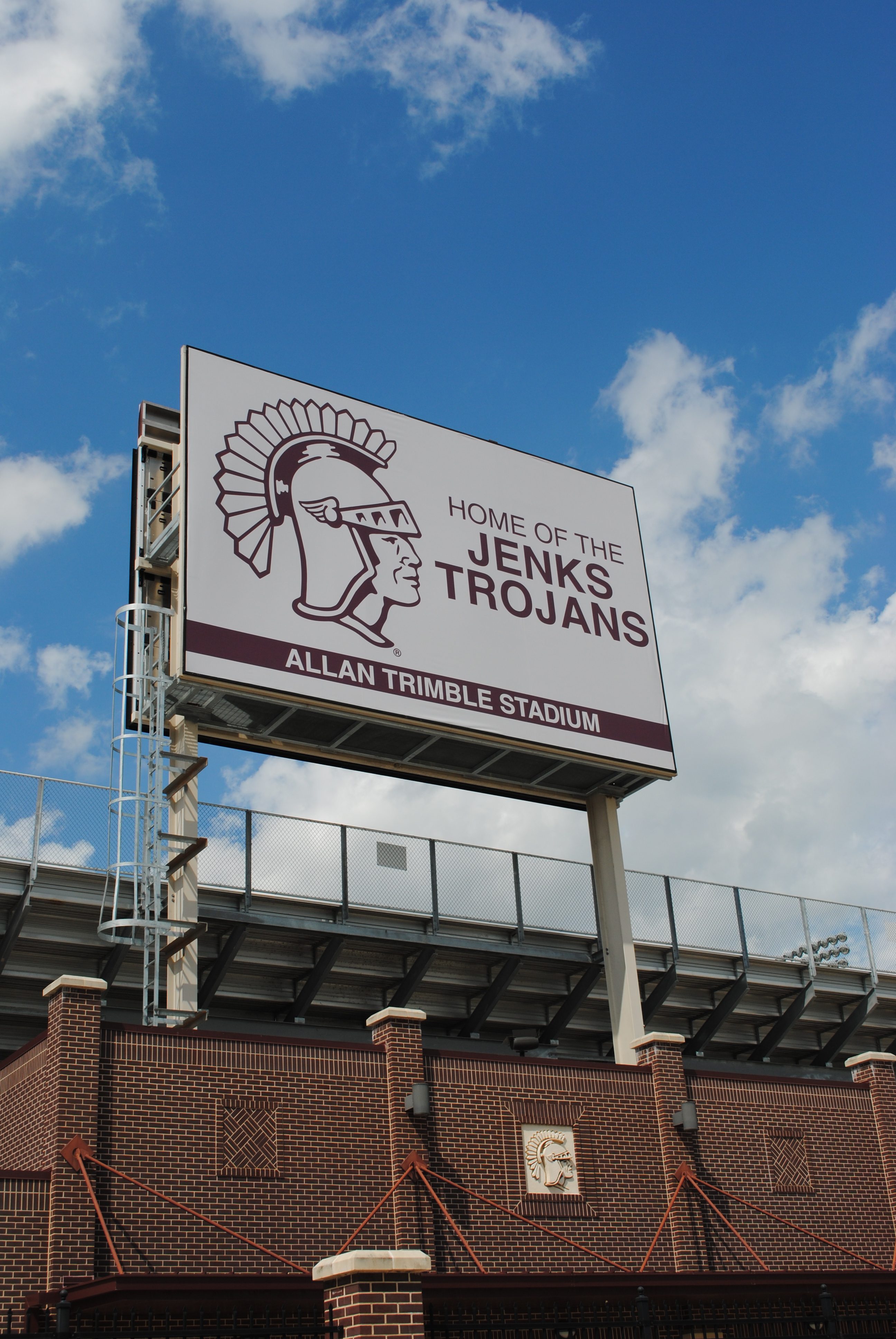 Trimble, who is battling Amyotrophic Lateral Sclerosis (ALS), will return for another season after leading the Trojans over 22 seasons and winning 13 state titles.

Trimble is expected to address the public at the Trojan Preview tonight as part of a ceremony to honor his legacy.

Trimble’s name will be featured on the new press box, the video score board, and inserted into the turf.

The former name, Hunter-Dwelley Field, was dedicated in 1929 in honor of two Jenks football players. Both died within a year, Francis Hunter from typhoid fever in 1922 and Charles Dwelley in a gasoline explosion in 1923.